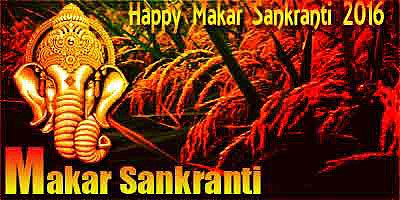 Makar sankranti is a foremost harvesting function celebrated several regions of India. Based on the astrophysical calendar, whenever the sun strikes from the Tropic of Cancer to the Tropic of Capricorn or from Dakshinayana to Uttarayana, in the month of Poush in mid-January, it celebrates the start of the harvest season and cessation of the north east monsoon in South India. The moving of our planet from one zodiac sign into another is known as Sankranti and as the Sun goes into the Capricorn zodiac referred to as Makar in Hindi, this situation known as Makar Sankranti in the Indian context. It's mostly of the Hindu Indian celebrations that are celebrated on a fixed date i.e. 14th January every year. Makar Sankranti, aside from a harvest festival is also seen as the start of an favorable time in Indian traditions. It is well known as the 'holy phase of transition'. It marks the end of an gloomy stage that based on the Hindu calendar takes place around mid-December. It is claimed that any fortunate and revered conventional are usually sacred in every Hindu family, this day onwards. Clinically, this day marks the starting of warmer and longer days in observation to the nights. Therefore, Sankranti marks the termination of winter season and start of a new harvest or spring period. Everywhere in the country, Makar Sankranti is seen with great fanfare. But nevertheless, it is celebrated with distinct names and traditions in different parts of the country. In the states of northern and western India, the festival is celebrated as the Sankranti day with particular zeal and fervor. The power of this day have been represented in the prehistoric epics like Mahabharata also. So, aside from socio-geographical significance, this day also holds a historical and religious consequence. As, it is the festival of Sun God and he is considered the most representation holiness and intelligence, the festival also holds endless meaning to it.

What should be done this powerful day?

So that you could complete lots of activity on this day....